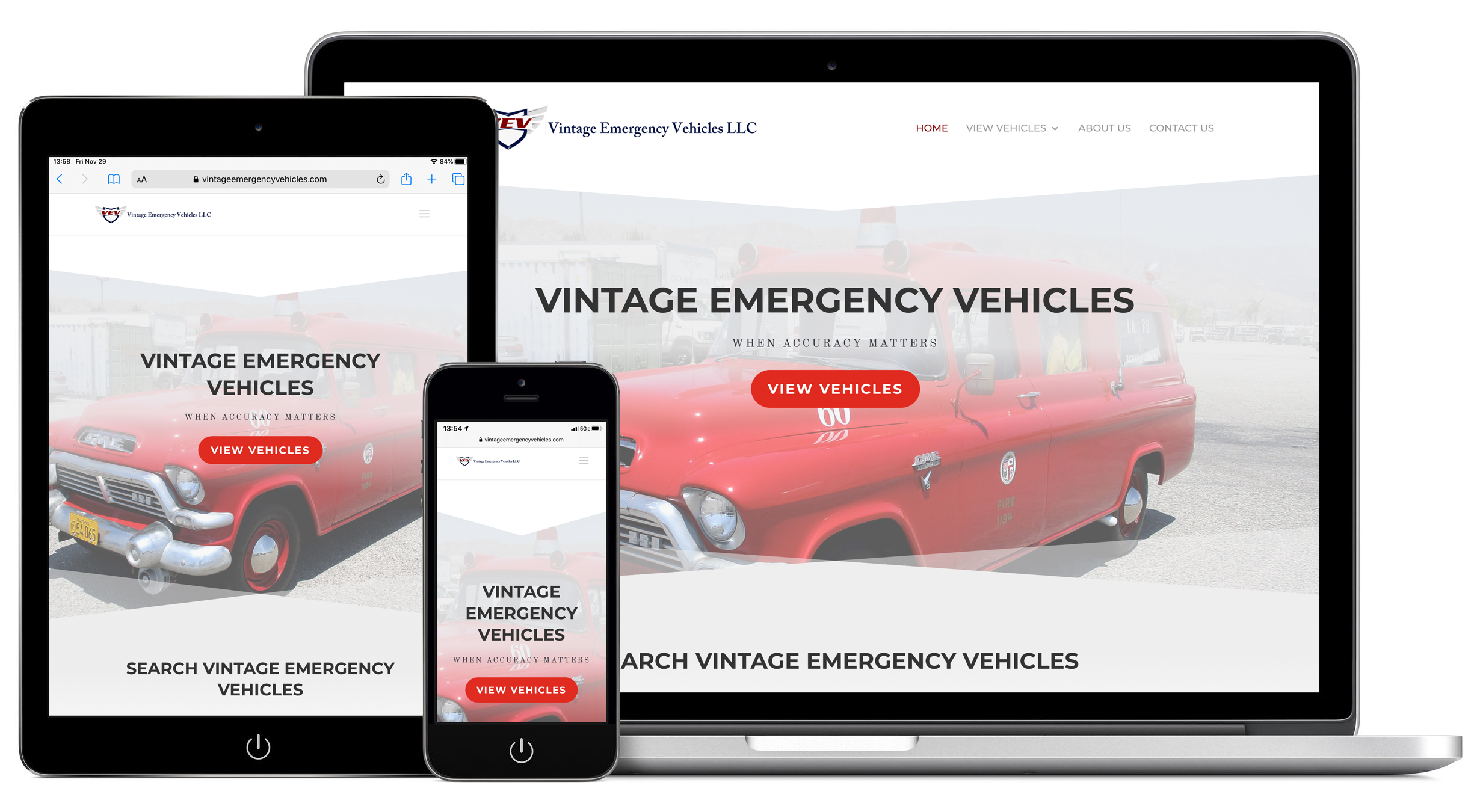 Vintage Emergency Vehicles has been the largest supplier of emergency vehicles for film, television and commercials in the Los Angeles area for over 30-years. Since 1985, VEV has worked with all of the major motion picture and television studios, including: Disney, Universal, Sony, Paramount, Warner Brothers, NBC, ABC, CBS, Jerry Bruckheimer Productions and Dreamworks.

VEV’s family-run business continues to be the go-to picture car company for these rare vehicles that no one else has.

Our team had a really fun time working on this project. The client owned has a spectacular collection of vintage ambulances and fire engines that get rented out to the studios. He needed a way to not only advertise but wanted the abiulity for prospective custmomers to search an every-growing database of vehicles.

We started by developing a logo and branding package for the client. Next, we carried that over into a simple website that allowed the client to showcase his collection of rare vehicles. Our team coupled the database with a simple AJAX search feature. We then strategically added a few call-to-action boxes that made it easy for customers to inquire on each vehicle.

Want our professional team of experts to increase
your brand awareness & help make you more money?

REQUEST A QUOTE
And Start Maximizing Your Sales Today